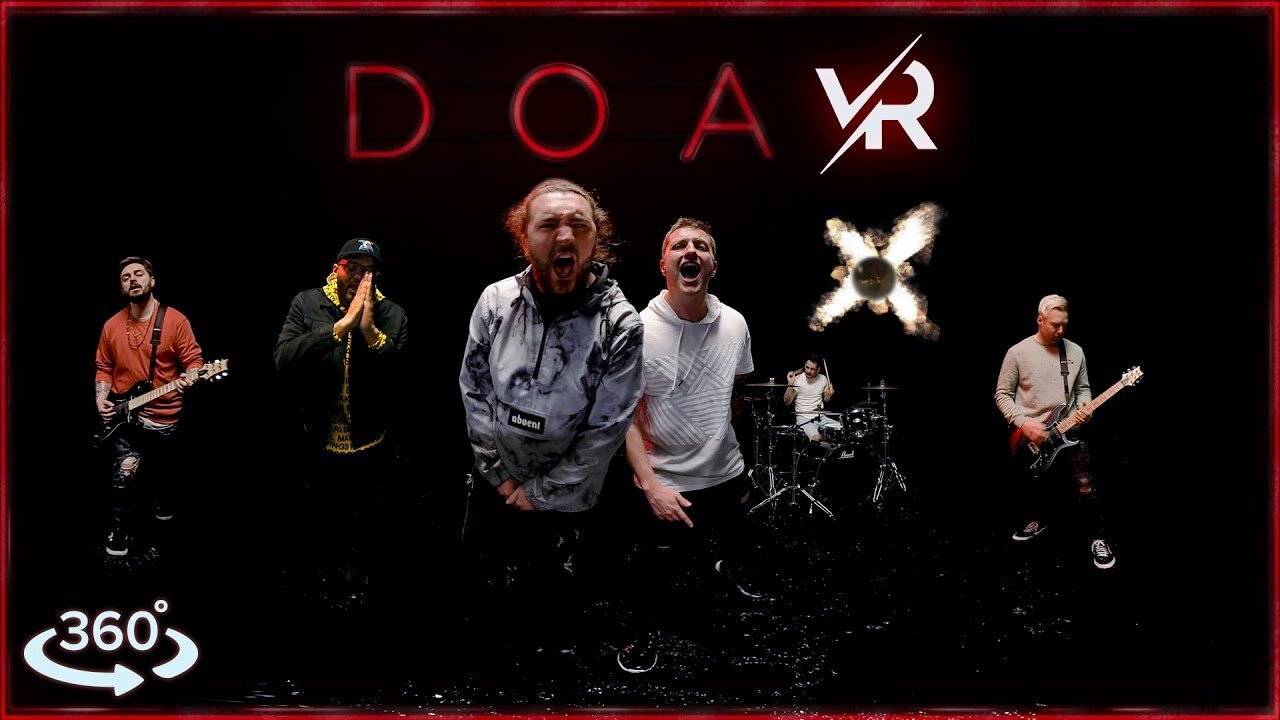 We had the opportunity to ask producer Mark Rickard a few questions about the project.

FIVARS: What lead to the creation of this music video?
I’d been having discussions for a year with the Director, Ben Proulx, about doing a “virtual remix” of one of his future videos. When he and the band (I Prevail) landed on a concept, we collectively thought it would be a good one to try and add VR components. What resulted was a standalone presentation, which both compliments and rivals the 2D video.

FIVARS: What was the production process for you and your team? What did you learn?
As with most VR capture with known artists, ours was a secondary component to the 2D shoot, which had its challenges because there were literally dozens of setups in that. So, we were fortunate to steal master takes at the very top of the day, and I already knew we wanted to use picture-in-picture inserts of the 2D elements (as we had done in “Hollywood Rooftop” which was at FIVARS in 2019), so we turned our attention to post-production. It was intensive, because we were working with giant high-resolution files, and replicating depth in space, which most software doesn’t currently appreciate. If we had to do it again, I might consider band capture be done in front of greenscreen, because the masking process basically became as intensive as rotoscoping.

FIVARS: How did you become an immersive media content creator and why?
Working in traditional Film & TV, developing adaptations of high-level IP, led me to appreciate the concept of transmedia. Virtual Reality is an apex extension of the traditional storytelling world, with even more potential to captivate an audience.

FIVARS: What is the VR/AR industry like in the United States?
Living in Los Angeles has been a blessing during the “immersive renaissance” of the past few years. Arguably, all the greatest creative minds in media reside here, and the immersive arts community has been very open and supportive of one another. That said, with a much slower adoption curve than anticipated, very few (non-gamers) have stayed the course.

FIVARS: What do you have planned for the future?
At the moment, my company is heavily involved in experiential music projects (i.e. virtual concerts and music videos). We also have some mind-blowing “future theatre” initiatives, and are deeply exploring WebXR as a defacto distribution platform.

FIVARS: What would you like to share with fellow content creators and/or the industry?
I believe the technology surrounding immersive media creation will soon evolve from “another tool in the kit” to the driving force of the media industry. When that happens, it will feel like an overnight shift, although it has actually taken decades. Nonetheless, the future leaders of the entertainment business are today’s immersive creators, so…stick with it!

FIVARS: Do you think VR festivals like FIVARS are important?
Of course! Festivals like FIVARS are the lifeblood of the narrative side of the industry. Very few people have had the fortune to receive significant production funding for immersive media, so those who create something are doing it for the sake of art, and that needs to be heralded.

FIVARS: Anything else you’d like to add?
I hope you will challenge yourself to watch our piece (and all this year’s selections) in VR. If you don’t have a VR headset, get one!