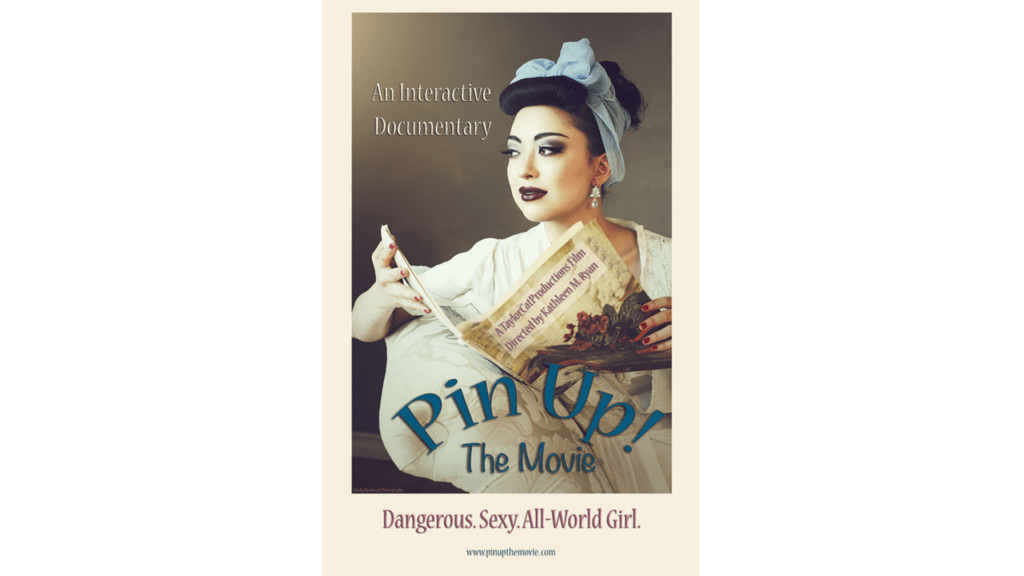 Interview with Kathleen M. Ryan About Pin Up! The Movie: An Interactive Documentary

FIVARS is always on the lookout for interesting new techniques to tell stories and Pin Up came at us as a interactive 2D web experience hidden object game where the various items in the various dioramas invoke important narratives about the experiences of folks who work in Pin Up art around the world. Spanning six continents and seven years in the making, this interactive documentary immerses you in the global world of pin up. You’ll discover the women (and men) who are making their mark on the world with vintage style. We had the opportunity to ask Kathleen M. Ryan about the project’s origins and its creation: 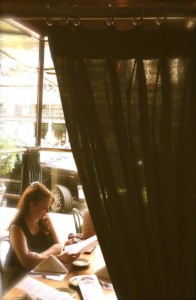 When promoting another project, I saw a pin-up contest where the women were talking about things like sexual agency and confidence that pin-up provided them. It intrigued me.

I began working on a traditional feature film and then soon discovered that the subculture was much more robust than a 90-minute film and my production budget would allow. I had been intrigued by the i-doc process and began developing one that would reflect the global nature of the subculture.

This is the first interactive project I’ve worked on, so I learned a bunch. I used the free mapping platform Twine to develop the storyline/interactive connections and built the project in Racontr.

I’m not a coder, so I wanted things that were intuitive and easy to adapt. I quickly found out my ideas were bigger than the platform could allow and began scaling back appropriately. The result is there is a tiny bit of direction in the piece, and not as many “rewards” for watching content as I would like.

I also leaned into using non-professional recording tools as part of the process. I didn’t have the budget to travel the globe, so I used Skype and Facetime to record interviews with various pin-ups. The cool part about that was that the women were presenting themselves on their own terms, which again allowed for a lot of agency. The use of vertical video in the interviews is intentional and their choice. I also provided full transcripts and shared the edited pieces with each of the interviewees. My approach is grounded in collaboration.

A lot of it ties back to the i-Doc conferences in Bristol and the NY Times piece “Snow Fall.” I was really interested in seeing how you could deconstruct traditional narrative structures by allowing the user to create their own path.

The three-act structure is limiting and doesn’t really reflect the complications of real life. For me thinking about giving the audience more control while collaborating with people featured in the film is a really exciting move to make in storytelling.

Growing. I’m in a college that is teaching in these areas.

I’m working on a project that merges oral history with VR, AR, and online interactive to tell the story of women working in landscape photography.

I’m working with some co-researchers and we’re trying to figure out which platform is most useful to the user in terms of understanding the story, while at the same time trying to figure out how to adapt similar stories to different platforms. Our preliminary results show that headset-based VR is considered too much like a game. People have fun but can’t remember the story at the end. AR and online, by contrast, are much more sticky.

That’s useful for producers to know moving forward, depending on the focus of their project.

God yes. It’s so crucial to have a space where we can share and vet our work. Thanks for the chance to be a part!