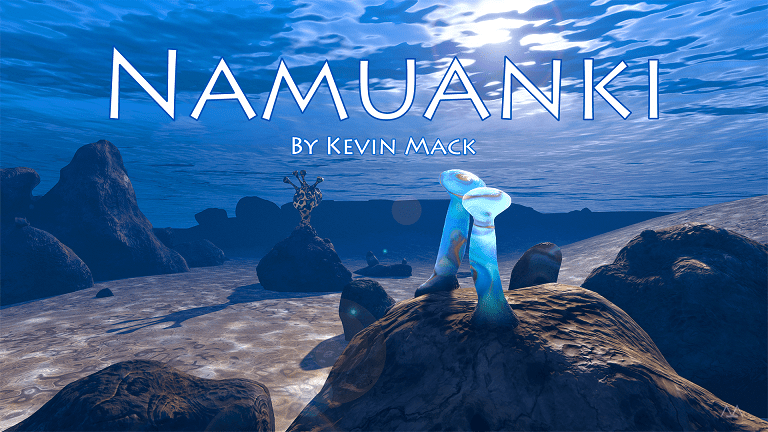 Namuanki is an ancient aquatic oasis from the distant future, a virtual getaway to an otherworldly reality designed to inspire a transcendent experience of awe, mystery, and imagination. Namuanki is an ocean world with rocky isles, labyrinthine rock formations, bizarre lifeforms, and subterranean caves. Visitors can explore the islands and complex rock formations above and below the water and encounter a variety of unique benevolent beings along the way. This virtual ocean retreat is a therapeutic world of relaxation, exploration, and discovery that entertains as it promotes well-being through spatial presence and the power of awe.

FIVARS had a chance to speak with director Kevin Mack, a VFX artist and VR pioneer who won at the 71st Academy Awards in the category of Best Visual Effects for his work on the film What Dreams May Come. 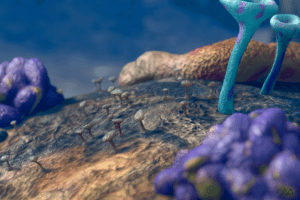 Kevin, after your highly abstract VR works Zen Parade, Blortasia and Anandala, what lead to the creation of this new natural seeming world? 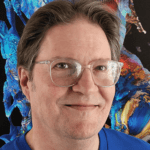 Visions provided by the Ancient Elders from the Distant Future and the myriad experiences and influences of my life. In particular, a fascination with the ocean, clouds, rocks and rock formations.

I don’t have a team. It’s just me. The project began without a plan or specific objective. Namuanki emerged from a search for novelty and procedural experimentation and was discovered as much as created. I learned how to build worlds in VRChat. 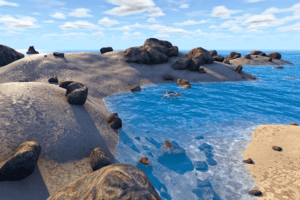 I discovered a view-master at my preschool in 1963. When my Mother came to get me, she told me to put it back. I remember making it clear to both her and the teacher that I would fight them both to the death before I would give it back. They wisely chose to let me take it home.

Then, in 1964, the Ancient Elders from the Distant Future came to me and introduced me to virtual worlds and possible distant futures. They asked for my help in bringing about their creation and securing their future and that of humanity. I have served them ever since. Virtual reality, artificial life, and artificial intelligence are key factors in their eventual emergence. 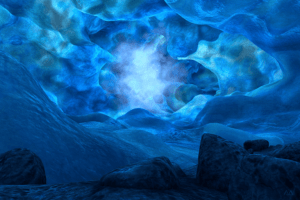 Awe, imagination and well-being. Joy, love and understanding. The present and the future.

Yes! It’s an effective way to transmit VR experiences to people who might not otherwise encounter them. 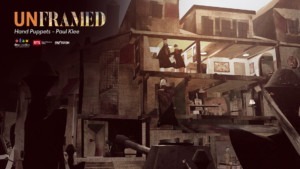