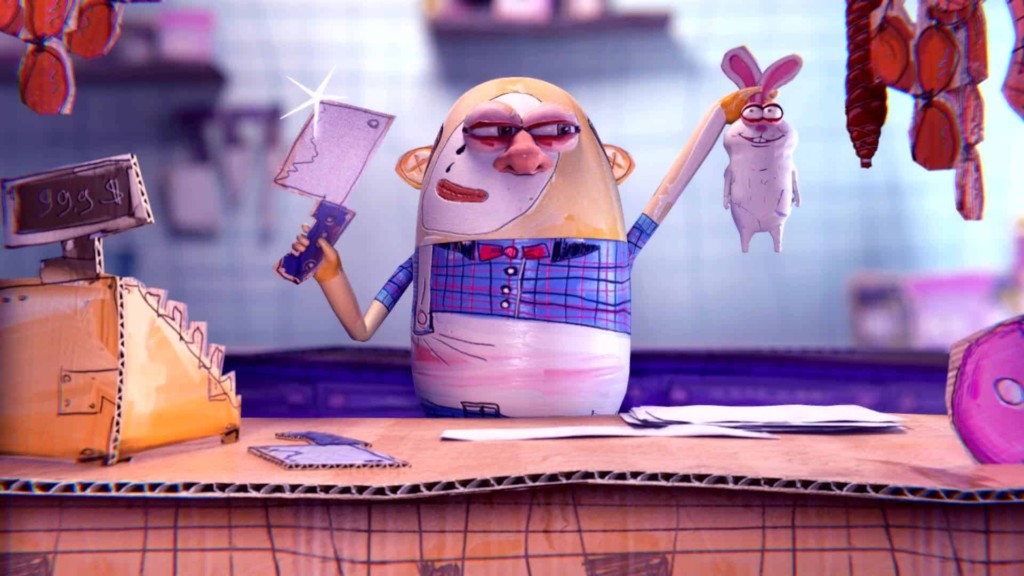 The Butcher
An animated short where Jack, a butcher, is preparing a rabbit which turns out to be anything but an ordinary experience.
Cirkus proudly presents Episode 2 “The Butcher” in Virtual Reality with Jack having some issues with a feisty rabbit! This is Episode 2 of our Jack of All Trades series, a wacky 1 minute animated series centered on Jack, a regular guy with an extraordinary imagination – he’s the child in all of us. Each episode has Jack using his creativity to complete his job in a funny way.
Dir: Romain Borrel
New Zealand | 2m1s
Production Company: JackOfAllTrades.tv
Website | Facebook | Twitter | Vimeo