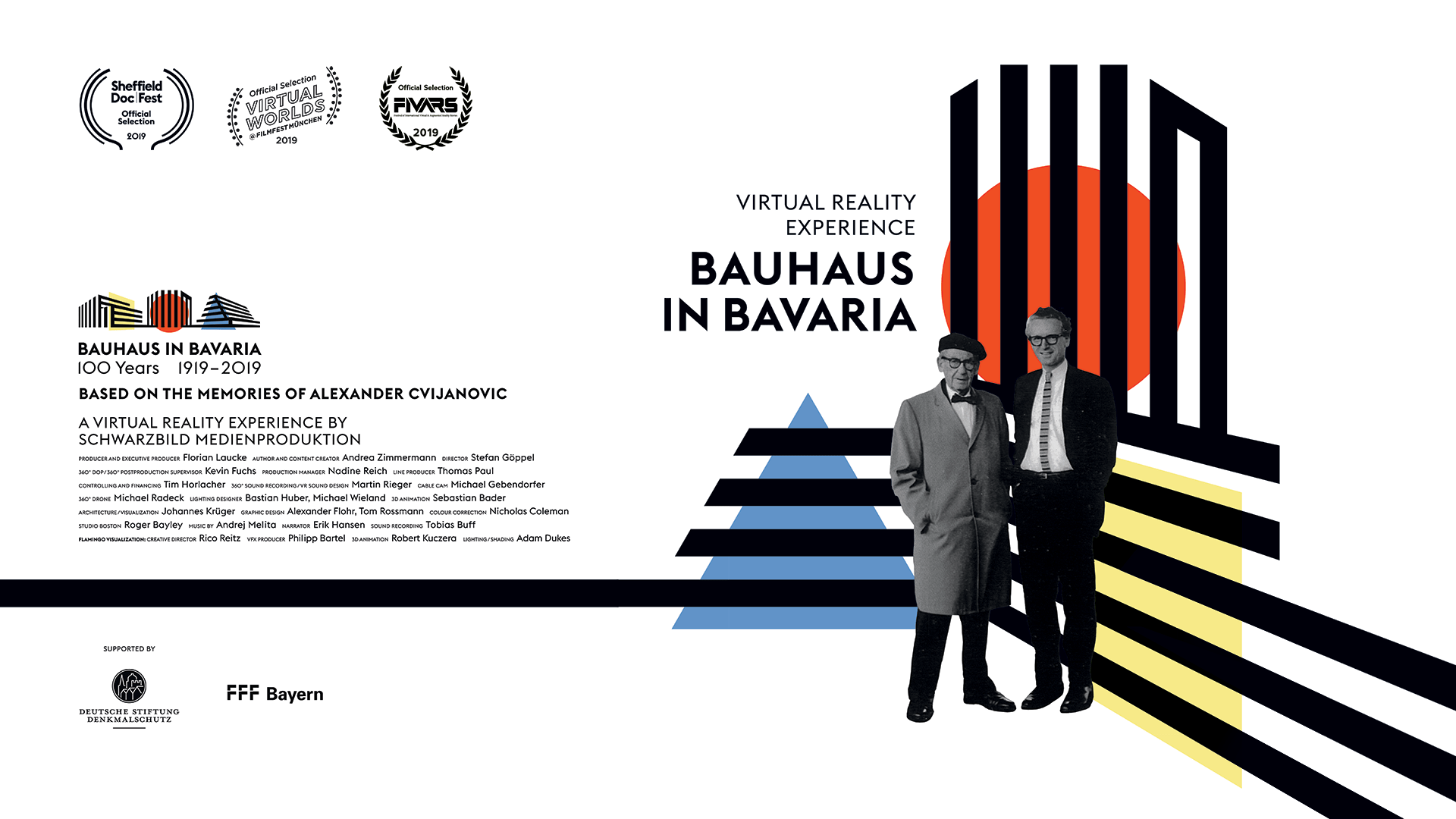 The “Bauhaus in Bavaria” VR Experience is a personal journey through time to the last buildings of Bauhaus icon Walter Gropius: the Rosenthal factory am Rothbühl in Selb and the Glass Cathedral in Amberg, Bavaria.

This VR experience presents previously unpublished photos and sketches from the archives of Harvard and Rosenthal. It was shot in Amberg, Selb, and Boston with the use of cable cams, drones, and elaborate animation. This VR documentary is also a story of spiritual kinship between Gropius and porcelain manufacturer Philip Rosenthal. Together they wanted to build new factories that put people, not design, first. This VR experience gives viewers a sense of how the design was developed. The story is told as an essay based on the memories of Gropius’s contemporary and collaborator, Alex Cvijanovic, who conveys the mood of the time, explains why Gropius and Rosenthal brought flamingos to Selb, and reveals why a lost bet is to blame for Gropius having to design a Bauhaus-style pigsty.