FIVARS is not only about innovation but has also been an innovator, leading the charge for new modes of storytelling with a series of firsts: 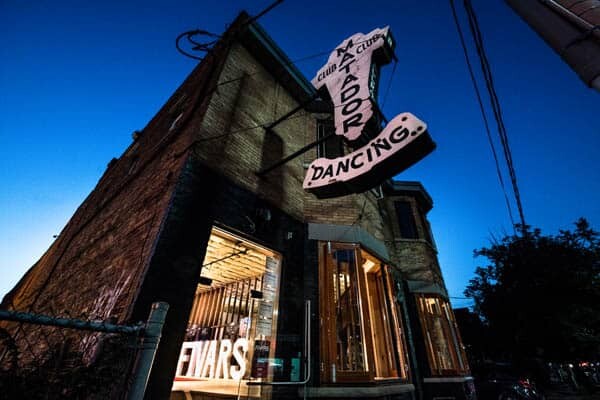 FIVARS, the Festival of International Virtual and Augmented Reality Stories – the first Canadian festival of its kind – showcased a new wave of filmmakers and content producers who pushed the boundaries of virtual reality (VR) narrative, including several world premieres!

FIVARS Preview returns for its second year to Camp Wavelength

FIVARS and VRTO (Virtual Reality, Toronto) offered a limited preview of the weekend show free and open to the public at
Metro Hall, 200 Wellington St W #130, Toronto, ON M5V 3C7
Friday September 18th, 2015, 1-9pm
Sponsored by The City of Toronto, The Canadian Hispanic Congress and Hacklab.to

2016
Building on years of experience as VR presenters and event producers, FIVARS returned in 2016 at the VRTO Virtual & Augmented Reality World Conference & Expo at historic Maple Leaf Gardens in Toronto, the ProFusion show (over 12000 attendees) and the sold-out 3-day FIVARS festival in September that featured over 30 original pieces.

2017
FIVARS 2017 hosted 3-sold out days of a two-story building in the heart of Toronto’s arts district to showcase 35 original pieces, most of which were World or North American Premieres from 18 countries, and attracted visitors from around the world, not to mention many industry figures including distributors, and technology companies. FIVARS introduced 5 of its 2017 selectees for inclusion into the Samsung Developer’s Conference showcase in San Francisco and continues to broker important relationships between creators, distributors and audiences worldwide.

2018
Canada’s original critically-acclaimed International Festival of Virtual Reality & Augmented Reality Stories returned for its 4th year – September 14 – 16, 2018 – bigger and better than ever. The 3-day experience featured dozens of high-quality VR and AR experiences and World Premieres including the Horror Dungeon, the Looking Glass holographic display, Magic Leap and much more. It took place at the historic Matador Ballroom–a venue that reopened after a decade long rest for this exclusive engagement!