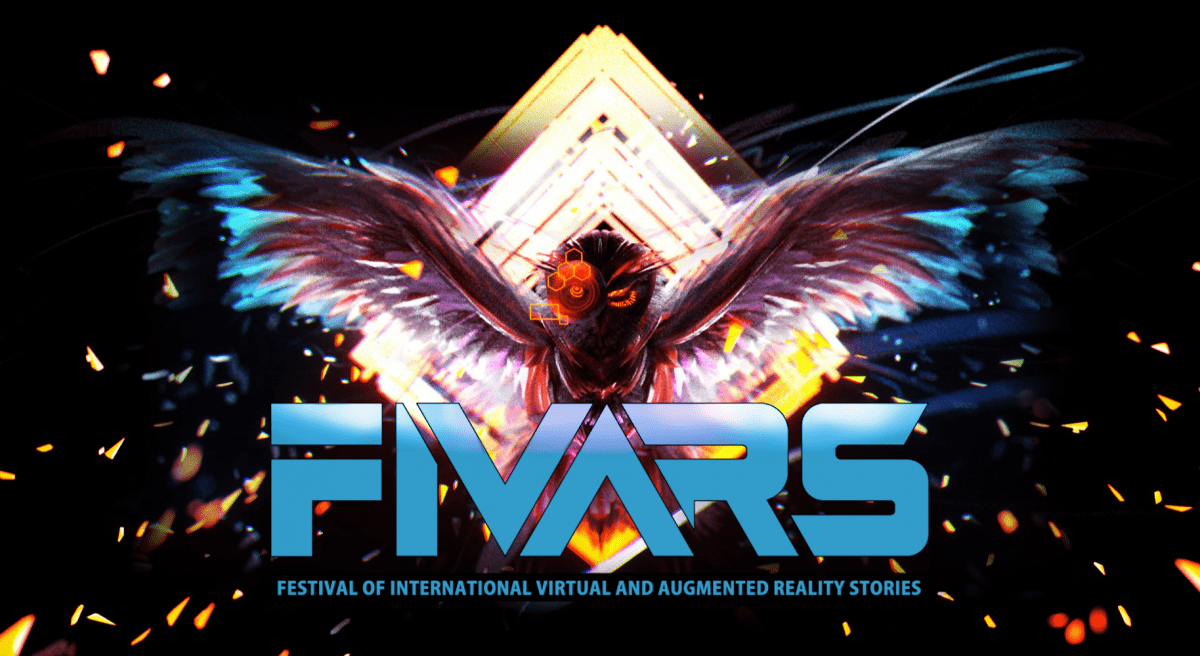 FIVARS proudly presents the 2018 Official Selections. All are in competition and eligible for People’s Choice in Best Interactive or Passive Experience, Jury Prize and Impact Award.

Follow Laurent Ballesta, famous underwater specialist and marine biologist in the tiny Fakarava atoll, lost in the middle of the Pacific Ocean. Laurent is about to give a final answer to his quest: understanding the hunting behavior of the biggest shark pack in the world. You will experience being like a member of this exciting expedition and diving at night in the middle of the pack. ln 1975, mister Spielberg made us hate sharks, we’re pretty sure that ‘700 sharks’ will change the way you’ll look at them!

Dancing in the Air…capturing the ineffable joy of flying in stereoscopic 360° at the San Francisco Aerial Arts Festival with six powerful dancers who defy gravity, accompanied by live violin. Five women and one man from the Acrobatic Conundrum dance company invite us to join them using special rigs to get the VR camera up in the air right next to the dancers and we experience the feeling of what it’s like to break the bonds of earth. Filmed in 3D at the Fort Mason Center with the most advanced 360° camera in the world… the Z CAM V1 and shown in 6K stereoscopic.

Drop into the heart of the Grand Canyon, held sacred and protected for millennia, to meet the people fighting a tourism development that would change one of America’s most iconic landscapes forever.

New York City, 1978: When Lupe, a Puerto Rican-American teen, meets fellow runaway Debbie, the Bowery’s punk scene and the Lower East Side are their playground. This coming-of-age narrative explores identity through animation and immersive environments as Lupe’s handwritten journals guide users through her year.

In 2025 technology is almost too friendly; augmented reality is embedded in everyday life. Experience the future of technology through the eyes of Winston and his friends.

Two strangers show up at a family’s cottage claiming to have spent their childhood summers there, but their behaviour seems to be driven by something more sinister than nostalgia.

Two black Americans are asked to share their views on Africa by seeing 360° images filmed in Tanzania, as they are juries for a festival. It is the cultural irony that black Americans are primarily descendants of Africa that leads them to be chosen for this role. All this confusion will lead to a long debate full of authenticity and humor through a visually African but vocally American journey.

Reminiscent of Umbrellas of Cherbourg, this musical art experience mixes live action and animation, following a playful group of dancers as they whisked away by a mysterious host in Le Logis, 17th century castle and discover the “wonders of the Grey Goose ingredients.”

Based on true events, we see the British and German troops take to no man’s land in a historical recreation of the 24th – 26th December 1914.

Based on the sci-fi short story by Philip K. Dick, The Great C is a cinematic narrative featuring a thrilling storyline, stunning environments and a powerful soundtrack. The Great C is a sweeping 30+ minute experience, developed from the ground up to push the boundaries of storytelling in VR.

Going Home is a surreal glimpse into the mind of an elderly man suffering a massive heart attack. As doctors fight to keep him alive, the man’s life flashes before his eyes and the reality of his past and present begin to merge together in amazing ways.

Step into the shoes of an undocumented immigrant as you watch your daughter being grilled by two ICE officers while you hold your breath hiding.

Rida is 8-years-old. The extroverted girl fled with her family from Pakistan to Europe. Now she lives in Hotel City Plaza, a self-organised refugee shelter in Athens. She tells us about her journey, the difficulties on the escape and the dark past overshadowed by the Taliban. ‘Lionhearted’ tackles the refugee crisis from a child’s perspective.

A young bohemian couple in mid XXI century create their own universe. They invent their private “game”/ rules (only known to them). Watching VR is one of their favorite distractions; it’s often a sensual way to play together. Their “game” is based on an unspoken trust. In their microcosmic space Pierre et Colombine discover their unbridled fantasies.

In this atmospheric take on a seance with a powerful psychic – the viewer is unexpectedly taken on a fearful encounter with the dead when a portal opens and spirits emerge. Directed by Adrián Ruíz del Cerro – this creepy VR experience is given an extra touch of haptic interactivity through the use of real world props while carefully composed binaural sound design amplifies the impending dread.

In this moving and whimsical black and white illustrated animation, we hear from the spurned mistress of Swiss painter and avant-garde engraver Felix Valloton who writes to him a letter about love, marriage and consequences.

A closer look at the grand mosque of Mecca from a new and unique perspective in order to deliver the Mecca experience to the audience.

William is a short dramatic virtual reality film that will immerse users in the shoes of William, a Canadian Aboriginal child, who was taken away from his home and parachuted into one of the former 139 residential schools in Canada.

In collaboration with the international director Ben Perry, Visyon created a deeply moving VR piece aimed at generating emotional proximity with the viewer and help future adoptive parents to find the courage to take the important step of finding children in need of love and support.

In the show, Dominic is the viewer’s guide as both explore mind-bending scientific concepts and the “big ideas” of the universe. In A Curious Mind, Dominic and the viewer make the journey together; manipulating time and space, pulling apart atoms and exploring/experiencing science as never before.

Created at Chapman University’s Institute for Creative Reality, AT SEA is a third person narrative short VR experience, where the viewer has the ability to control where they are watching the story from. They can move above and below water, as well as rotate themselves toward, away from, and around the character to help a stranded survivor find something to eat among the dangers of the ocean.

A short interactive story for room-scale VR: Become Caliban, the scion of a broken lineage struggling to understand your dark inheritance. Explore the ruins of the family estate, and the incredible realm below seeking clues to your past, and to the events that severed you from your family long ago.

Like most teenagers, Ferris Bueller’s bedroom is much more than just a place to sleep. A sanctuary, laboratory, recording studio, office, and shrine to the bands he loves, Ferris’s bedroom is an extension of his larger-than-life personality, a place to explore his interests, and of course, to cook up schemes. Recreated by Canadian artist Sarah Keenlyside as part of the 30th anniversary celebrations of Ferris Bueller’s Day Off in Chicago in 2016, every inch of Ferris’s Room was photographed to create a 3D model, allowing you to visit and interact with the room in Virtual Reality.

A journey to the space to find the heartwarming love between a father and a daughter.

In this cel-shaded visual novella for VR, you are asked, why didn’t you open the door back then, when you heard the ghostly knocking?

The Invisible Hours is a complex murder mystery in which players freely explore an intricate web of interwoven stories within a sprawling mansion featuring Nikola Tesla and Thomas Edison, among others. But none of these people are what they seem. The player is invisible, with freedom to follow and observe anyone in the story, or to explore the mansion for hidden clues.

Comprised of photographs and Virtual Reality volumetric testimonials, Made This Way: Redefining Masculinity is an interactive mixed-media documentary that explores how transgender men are challenging gender norms and redefining traditional masculinity. By exploring the photographic series, and by moving around the virtual space in which the subjects exist, Made This Way: Redefining Masculinity allows audiences to viscerally experience fluid masculinity.

In this interactive, 15-minute, cinematic VR users will experience multi-branched storytelling and seamless interactive control. As the main protagonist, you ( the user ) embody the spirit of Mel, a recently deceased event planner. You explore your former existence by secretly observing the people from your life, eavesdropping on their conversations about you. Slowly you discover that you can hear their internal monologues as well, each revealing even more profound truths.

Using hand-drawn illustrated animations, the National Film Board of Canada’s “Museum of Symmetry” invites you to an “other-dimensional” VR adventure game that takes you on an absurdist mind-and-body romp through the highest clouds to the ocean deep.

An indigenous mine site worker is transported to the spirit world, where he meets the spirits and custodians of the land and learns about how they are connected to humankind, even as their sacred sites are under threat by the modern human world.

Where Thoughts Go is an intimate, interactive Virtual Reality narrative and magical world full of non-fictional, user generated stories. A new genre of narrative orchestrated by Award-winning Creator, Lucas Rizzotto, Where Thoughts Go takes you on an introspective journey as you explore personal audio-recordings left by other users in the form of sleeping creatures.

This interactive installation focuses on each learner of the VARK model (Visual, Audio, Reading, Kinesthetic), and allows users to learn about plants and animals via 3D holograms projected into the Looking Glass. Users are able to place 3D printed artifacts on an RFID reader that was created using two Arduinos, and spawn each model that corresponds to each unique artifact. Once the model has appeared, the user can visualize the model in a 3D space, listen to the environment that model is situated in, read about the model via a description window, and trigger an narrative audio file of that description.