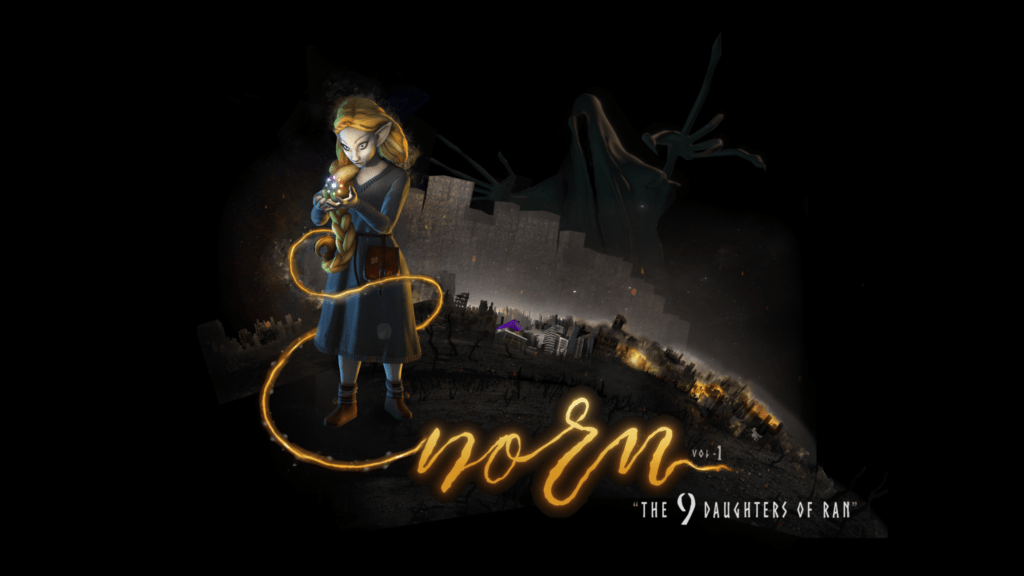 “The 9 Daughters of RAN” is the first chapter of this Hero’s Journey set inside the mind, and summons you to the weavers of Fate, the Norns, who wants the “chosen one” to answer the call to Adventure. FIVARS had the opportunity to speak with Lina Reinsbakken about its origins and ambitions.

The idea of the story came 14 years ago, when my niece was born with 6 air bubbles in her brain, (later diagnosed with Cerebral Parlse) and subsequently a growing interest in Neuroscience led to the idea of Knowledge-Transfer via an allegorical fairytale set inside the Brain. A fairytale where the protagonist is a cognitive thought within the viewer.

After having discovered Virtual Reality as a Storytelling platform, having developed the story and pitched the project at several forums worldwide, I found my co-producers and was the first to receive a production grant for VR film by the Norwegian Film Institute.

Since the production started during the Covid pandemic, the production had to take into account the restrictions that came with it. So we moved the studio to a small cabin in the woods of Hell, a cozy little town near Trondheim airport, and set up a space for sound- and motion capture recording, as well as an office. This allowed us to keep the production cost low and gave us room to experiment. While not being able to travel, we quickly realized that working remotely, collaborating cross countries via skype, worked well with our small team.

Director/producer Lina Reinsbakken from the cabin in Hell, Sigurd Ekle composing the music from Trondheim, VR project lead and Unity developer from the UK, and collaboration with the Digital Domain team in US and China. We started the production by creating the 3D models and building the sets for each scene. The backdrops, landscape sceneries, and skydomes were made in Photoshop, and we added low poly 3D assets to the foreground, as well as any VFX, and baked the lighting to keep performance low. Then we added the character’s animations and made the film music and sound design to fit the scenes and interactivity.

Due to the pandemic, the production took a bit longer than expected, but being a small team, we were able to work around the halts in production without much problem. During a lot of the production, we had to adapt to “learn by doing”, being the creator’s first film production, never having done motion capture nor worked with spatial sound before etc. So the question of what we learned during production should rather be what didn’t we learn? 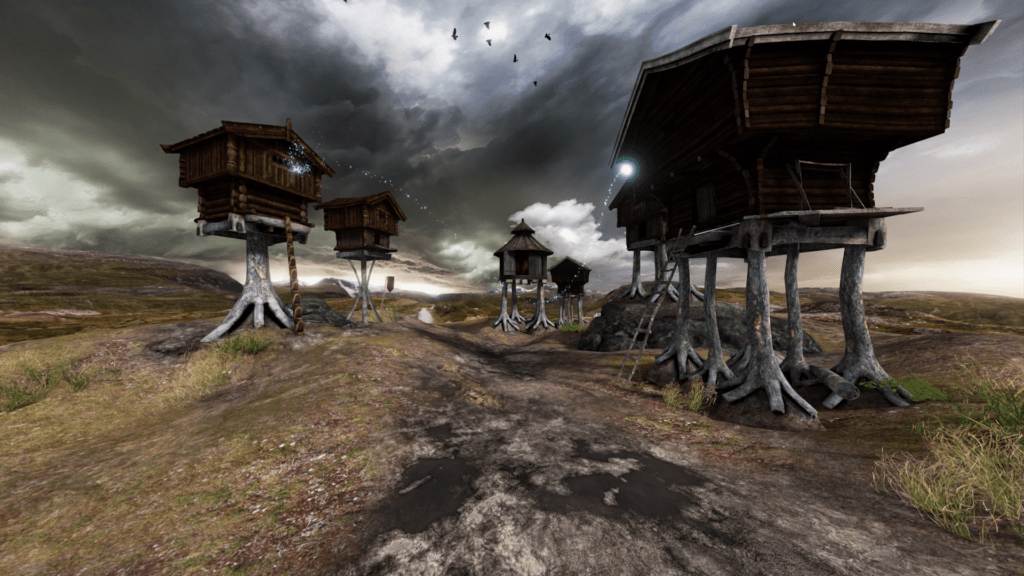 I had the idea of the series when I moved back to London to do my MA in fine arts and moving Image storytelling, with the intent to develop this project as a TV series. But after rediscovering Virtual Reality at the London App World convention 2015, I was adamant about making a series in VR, so that the viewer could experience travel through the brain as immersive as possible. Not having a formal education in Film, I saw an opportunity to produce and direct the project myself and started joining VR meetups at an early stage of VR development.

I started the company Norn Studio in 2017, began the process of pitching the project at different Film forums, and was finally able to secure funding for the project in spring 2020. This production in its entirety has been the most exciting and rewarding work-related experience, in terms of problem-solving, invention, and creativity, and I am certain I want to continue as a spatial story builder.

There are very few in my region that works with VR as a platform for storytelling.

Because of the size and complexity of this story world, Norn Studio wants to develop this animation project and IP into a cross-media brand, to be distributed on several screens. By distributing separate story elements from a larger narrative to different platforms, we create different entry points into our vast story world and increase the reach to a much larger and more diverse audience. I aim to use allegories to convey neuroscience in a more comprehensible way and mix anatomy with Norse mythology. This first episode sets the framework for the rest of the series, which in its essence depicts how powerful the power of thought is, and how consciousness can create its reality.

The first stage of Norn Studios’ transmedia strategy is producing an episodic animation series geared towards TV and streaming platforms, to serve as an introduction to our concept and story world, to continue creating the full series as a VR experience, accompanied by an engaging AR book series.

Never give up on your passion project.

FIVARS: Do you think VR festivals like FIVARS are important?
Yes.

Learn more about NORN vol.1 -The 9 Daughters of RAN