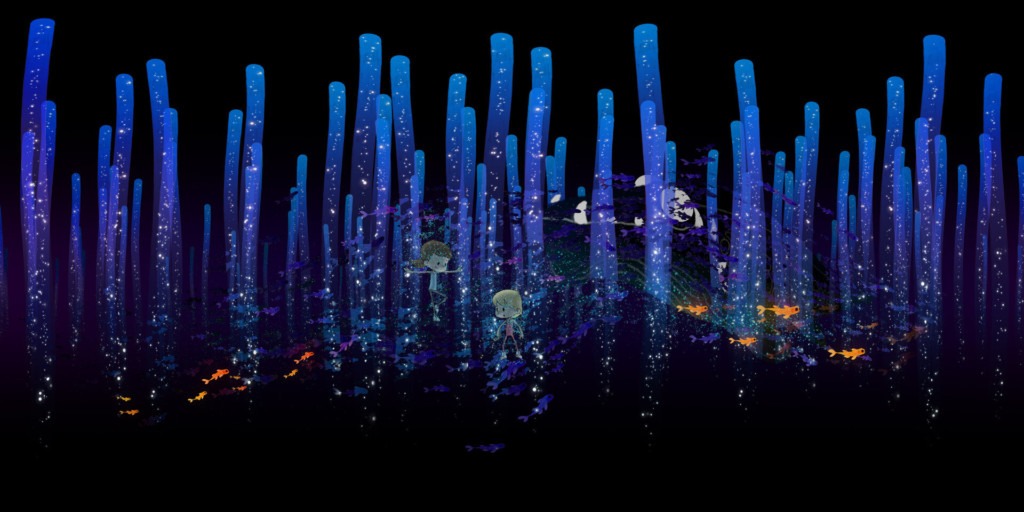 A little brother asks his big sister how she managed to stop being afraid of the dark. She draws him into a succession of dreamlike tableaus where everything comes alive and through which the little brother learns to confront his fears. In the Land of the Flabby Schnook is a contemplative film in which the viewer discovers a magical place through the eyes of the protagonists.

Diector Francis Gelinas had this to say about the piece:
n the film, the little brother asks his big sister for her secret to stop being afraid of the dark. She then tells him a story that can be seen through his eyes. The camera placed at child’s height immerses us in the imagination of the protagonist and we follow him, as if we were the third child in the group.

Using 360 stereo rendering immerses us in the story. What happens in a forest at night? How does it feel to fly over a swamp filled with giant monsters? Or dive underwater into a school of shimmering fish?

Like the fear of the dark, the situations in the film can at times seem scary, but we always realize there was no real danger once they’re resolved. It was important to me that there be no “bad guys” in the film. In my opinion, these classic tales that pit good against evil without nuance give children a binary vision of the world. I wanted to illustrate that often, how we see the other depends on where we are and how we feel at the time. Even if the bush monsters seem threatening at the start of the scene, they don’t necessarily represent a danger, because they too are frightened.

During the film, we often use drawing to symbolize the child’s imagination. The walls of the bedroom are suggested by a swath of crayon markings just like the leaves of the trees. These are also covered with designs that are sometimes revealed by the little boy’s flashlight or by the ambient light of the swamp. The face of the monster is also a burst of children’s drawings.
At the end, when the little brother realizes it’s his drawing that he removes from the monster, he understands his fear of the dark is unfounded and the monster disappears.

The nod to the bush monsters who come back at the very end lets us know fear has been somewhat conquered, but perhaps not entirely. Is it a metaphor or just a bit of magic left over from the boy’s universe? As a child, I hated when a film that had taken us on a magical adventure ended with: “it was all just a dream“, I wanted to believe the magic was indeed real, if only in the world of the film…

On another note, did you notice the subtle tribute to director Miyazaki? In the swamp scene, we see Ohmus, a kind of giant woodlice featured in the first film written and directed by him (Nausicaä of the Valley of the Wind). 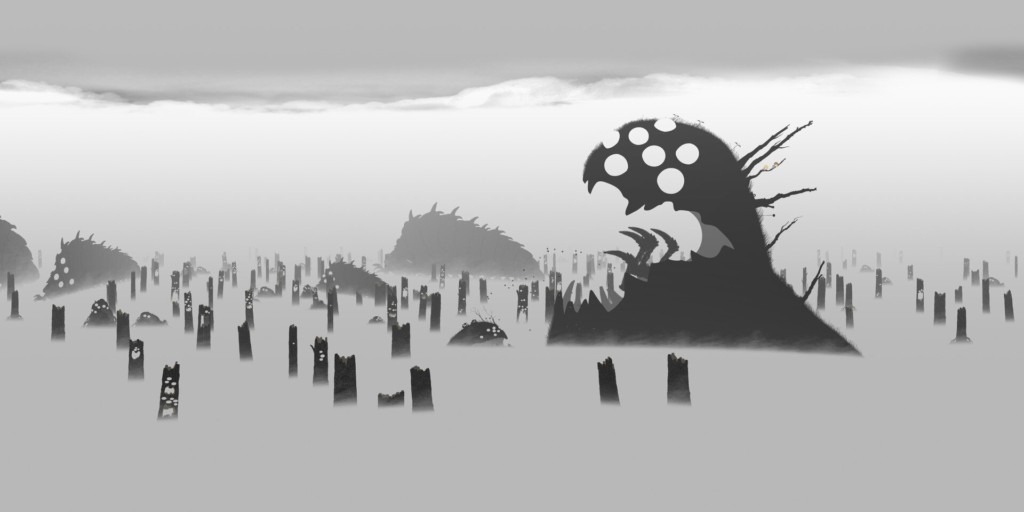 We had the opportunity to ask M. Gelinas a few more personal questions about this winsome, beguiling project: 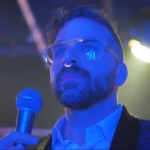 What lead to the creation of In the Land of the Flabby Schnook?
I wanted to play with VR and create a world I would like to see from within!

What was the production process for you and your team? What did you learn?
Tests + Animatic, 2D animation, compositing, 3D animation and second compositing. I learned so much about this workflow and the dos and don’ts of VR!

What is the VR/AR industry like in your region?
Small, but very dedicated inspiring artists.

What do you have planned for the future?
A 6DOF (six-degree of freedom), immersive interactive experience far from toons this time!

Do you think VR festivals like FIVARS are important?
Yes, they grow the art form by curating and sharing the best of the medium!