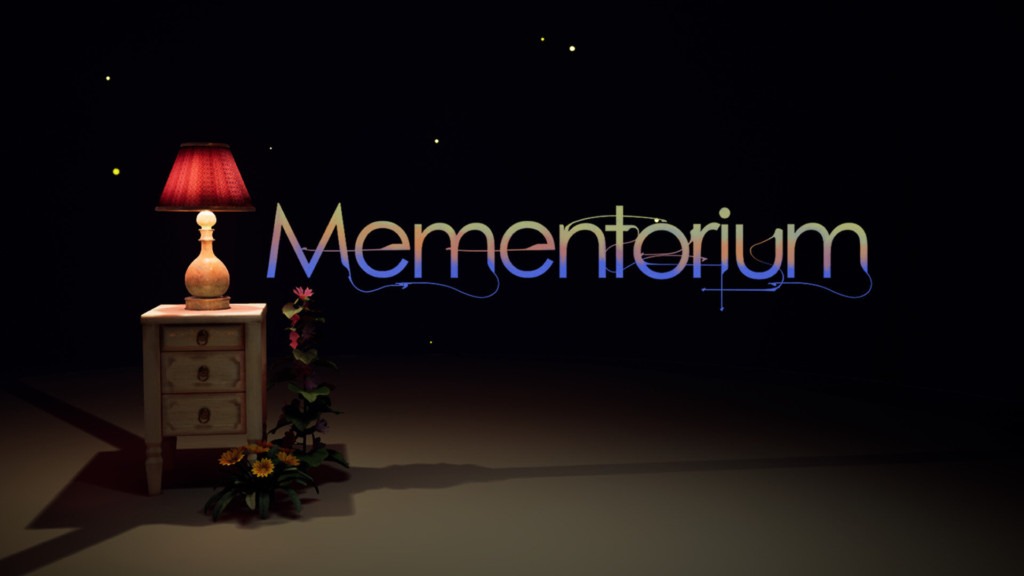 The concept of Mementorium was initially developed in 2018 as part of a University of Calgary course called The Art of Interactive Storytelling. When our team completed the initial Oculus Launch Pad seminar series, we discussed different project ideas. Ultimately, we decided to take this concept and develop it into an immersive experience using Unreal Engine. Dylan’s background in the Learning Sciences and gender and sexuality, combined with our previous experience developing Queer and Trans Narratives in Virtual Reality, made this concept a great fit for our next project.

Our team enjoys taking on projects that pose a design challenge and push us to learn new skills. With Mementorium, we used Unreal Engine 4 for the first time. We had previously worked in the Unity game engine, but we wanted to diversify our skills.

The initial concept was prototyped as a spatial map of the experience made with Google Drawings and 3D concept art made in Tilt Brush (previously by Google). Next, we used this prototype to start making a one-level vertical slice in UE4, and Dylan wrote the narrative in the interactive fiction tool Twine.

After being awarded funding by Oculus Launch Pad, our team of 3 developed our concept into a 30-minute experience, made over six months. Additionally, we brought in Sophia Marlow, a musician we had worked with previously on Creative Futures, to compose the soundtrack for Mementorium and artists Kevin Ang and Estella Tse to design specific assets that were important to the experience.

We learned that every new release of a game engine has problems or bugs that may impact the functionality of the experience, and you often have to design around these limitations.

We also learned that building an immersive experience as a small studio requires assessing what you can accomplish with your resources, and deciding where you can have the most impact.

The Queer Code Collective was formed out of Dylan Paré’s Ph.D. research and alongside Scout Windsor and John Craig’s interests in learning to develop virtual reality experiences. Dylan’s background is in diversity, equity, justice, and inclusion (DEJI) education and advocacy, focusing on gender and sexuality. When they first tried VR in 2017, Dylan became interested in using VR technology to design for learning about gender and sexuality. Early research and creative work on VR and social issues suggested that VR is an “empathy machine.” This idea is becoming more complicated as VR as a medium is maturing.

We cannot simply put someone in another person’s shoes, have them experience a day in their life, and say that the player now knows what it’s like to be a marginalized person. Instead, people bring their prior beliefs about a social issue into the learning environment. Our prior beliefs shape how we understand another’s life experiences. We cannot elicit a person’s empathy if those prior beliefs stand in the way of reflecting upon and integrating a new or different perspective. 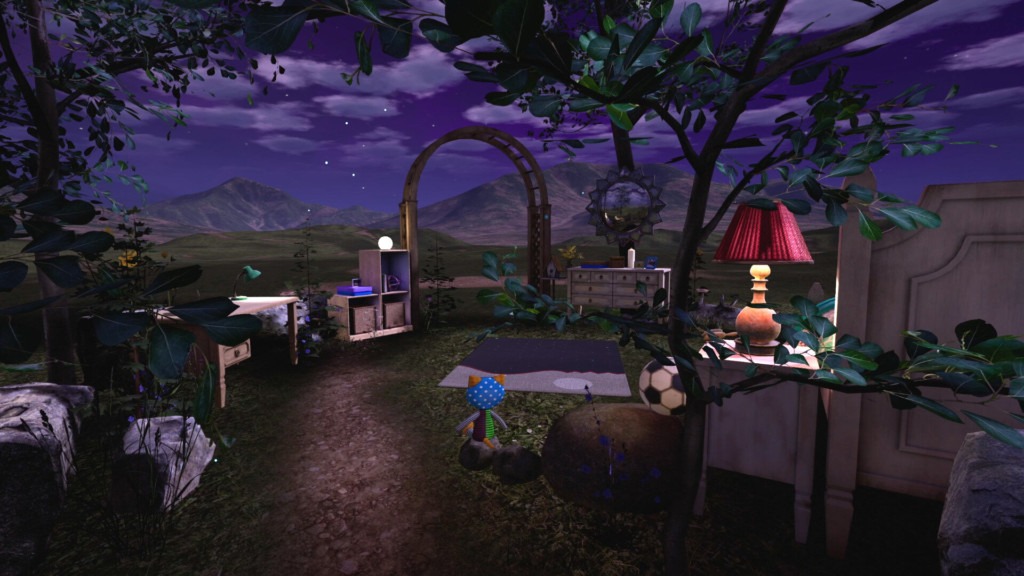 In Mementorium, the interactive narrative prompts the player to find alignment between their emotions and the narrator’s emotions and make choices about how to respond to instances of harm in the future. For more about how we achieve this, see our ACM SIGGRAPH paper (https://doi.org/10.1145/3450615.3464544).

As Dylan summarized in another interview, our motivations for becoming immersive media creators are driven by the following statement:
“Although we cannot compel people to grow just by entering a VR experience, for those who accept the invitation, we might find ways to forge connections across differences using VR as a new medium for immersive storytelling.”

Calgary, Canada, has people leading efforts to diversify the city’s economy and make it a tech and innovation hub that will be invaluable to Calgary’s future. We have an established film industry, but our gaming and specifically VR/AR industries are smaller and less connected than other areas. However, our team has found valuable support in the form of academic and industry grants that make our work possible.

The great thing about VR is that it has allowed us to connect with VR creators from across the world. Our physical location matters less for our ability to see other creators’ works and learn from various VR communities.

For instance, our team also runs a live stream called Better Together VR with our VR artist friend, Kevin Ang, who lives in the US. Through our live stream, we have experienced over 300 immersive worlds and games in the last year.

Dylan Paré (Director) is currently using Mementorium for their Ph.D. dissertation research on virtuality and learning about gender and sexuality-based marginalization and resilience as complex, emergent phenomena. The insights from this research will extend the literature on learning about sociopolitical issues, complexity, and embodied learning. We plan to release Mementorium in 2022 once Dylan’s research is completed.

Our team is also developing ideas for an experience that explores contemporary socio-political-technical concerns at the intersections of gender, sexuality, and technology. Dylan identified pressing contemporary issues that we would like to explore using VR in their most recent publication, “A Critical Review and New Directions for Queering Computing and Computing Education” (http://dx.doi.org/10.1093/acrefore/9780190264093.013.1524).

As creators with marginalized identities who are centering stories of marginalized queer and trans people, we recognize how difficult it can be to succeed in the industry. Therefore, we try to support marginalized creators by sharing what we know about navigating funding and learning opportunities. We understand how essential these resources are in technology industries that are dominated by the voices of white, straight men.

To the industry as a whole, we would like to draw attention to how emerging technologies are fraught with ethical issues that need to be addressed by our industry. For instance, the VR industry’s relationship with marginalized people needs greater attention. We need to ask, “Who is telling a marginalized person’s story?”, “Is this their story to tell?”, “Are they telling the story in a tokenistic or sensationalized way?”

They also tend to focus on charity (giving money) as the end goal for measuring social change. We need to move beyond trauma and charity toward more marginalized creators telling their own stories in VR and shedding light on the structural and individual factors involved in perpetuating marginalization and harm.

VR festivals like FIVARS are essential for the growth of VR/AR as an artistic medium and industry. They bring together new works by VR creators that demonstrate innovations in immersive, interactive, and embodied technologies for storytelling, gaming, and learning.

Our team learned so much from the VR festivals we have attended over the years. We consider it an honour to contribute to the ongoing conversations about the future of VR with Mementorium.

You can find out more about Mementorium (and listen to a song from the soundtrack!) on the Mementorium website.