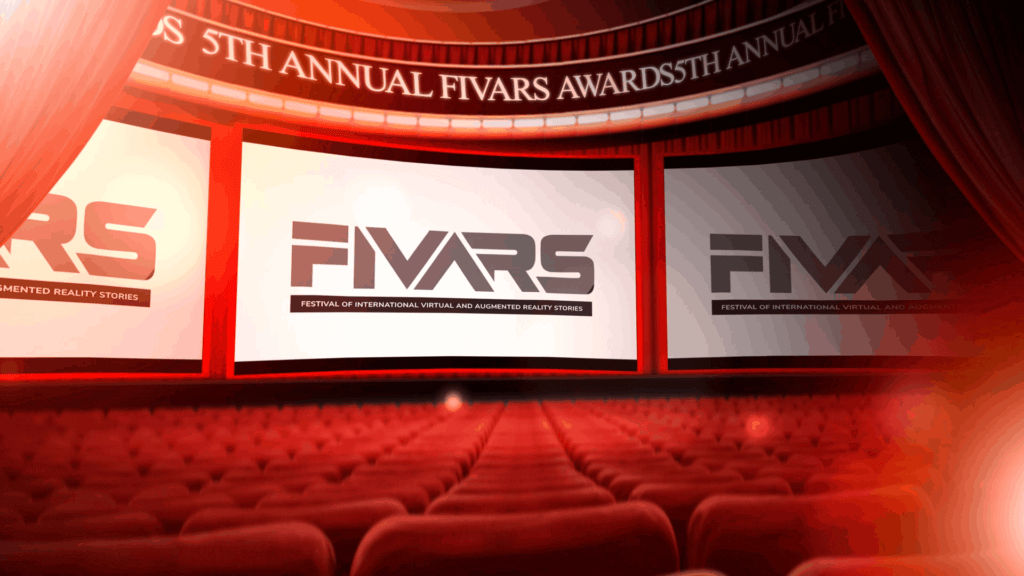 Toronto, ON – The fifth edition of the Festival of International Virtual & Augmented Reality Stories wrapped Friday after three days of unforgettable stories powered by immersive media. Celebrating a wide spectrum of themes and settings the closing awards highlighted experiences pushing the limits of this revolutionary new media.

This year, the festival featured 30 experiences and represented 10 countries and territories including Austria, Canada (Alberta to Quebec), China, USA (California to New York), Netherlands, Germany, France, Taiwan, Spain, and the United Kingdom –proving that the immersive industry knows no limits.

“More than a collection of 360° videos shunted to the sidelines like at traditional film festivals, FIVARS is an inclusive look of what’s redefining our expectations of time-based narrative works and roadmap into the future,” says Henry Faber, President of Toronto Media Arts Centre (TMAC). Untethered from an existing festival, FIVARS proves stories presented in Virtual and Augmented Reality can excite, intrigue, and educate viewers just as much–if not more–than their two-dimensional counterparts.

In addition to enjoying the curated selection of experiences, festival goers were invited to watch panels featuring content creators, directors, producers, and artists as they shared their trials and tribulations, hits and misses, and noteworthy anecdotes about the world of VR/AR.

The festival also offered a rare opportunity for creators to connect and build relationships with other international industry leaders. Marilène Oliver, a British-born artist who showcased her installation “Deep Connection” proclaimed, “the opportunity to experience such a wide range VR projects one after the other was unique and really allowed me to gain an understanding of the different directions that VR is going in.”
Oliver continued, “Meeting other people working creatively with VR and with a similar level of passion about the medium was incredibly invigorating and left me very excited to get started on a new project.”

From 2015 to 2019, FIVARS has showcased over 175 experiences and recognized over 20 pieces at the festival’s annual award ceremony.

This year four additional awards were added to the evening to showcase just how the industry is evolving in different areas simultaneously. The new awards include: Technical Achievement, Experience Design, Excellence in Visual Design, and Excellence in Sound Design.

Within an empty void, horses start to appear. They emerge from darkness, blowing, exhaling. Their mighty carcass is slowly moving. Each pace on the sand brings back immemorial times, as they start to dance. Together, we move through space and time, as the viewer increasingly becomes the horse.

Unheard is a time-loop narrative game. The story has multiple plotlines that happens simultaneously in one place, and all the plotlines are demonstrated in the form of audio rather than visual.

1978 New York City. Lupe, a Puerto Rican American 16 year old, meets Debbie on the cell of a juvenile detention center. Debbie will introduce Lupe to the punk rock scene of the Lower East Side and the secret worlds of Alphabet City. Starring Rosario Dawson, this theatrically designed CG experience is a visually arresting and hyperkinetic exploration of identity through immersive storytelling in VR

Some months from now, in a new ‘rule of law’ America, a remote prison camp brutally shackles together five inmates deemed enemies of the state. On the eve of their executions the Rebels forge a brazen and elaborate escape attempt. In a speculative future experiment, this powerful full body activation will spark and possibly transform opinions and leave an indelible marker for how things may appear from the “other” side.

In a way never before seen, “tx-reverse” shows a collision of reality & cinema & draws its viewers into a vortex in which the familiar order of space & time seems to be suspended.

A soaring VR journey through space – accentuated with the beautiful music of Debussy and Ravel – in which the viewer gets an intense feeling of being in the middle of alien, undiscovered worlds while visiting some of the most thrilling settings of current and future space missions, presented in an unprecedented richness of detail! The film has been produced with expert advice of the European Space Agency.

The Netherlands is the drug capital of Europe. Marijuana is in the nation’s genes, coke enters the country through its harbors, and XTC is as Dutch as chocolate sprinkles. In the Industry VR, director Mirka Duijn introduces you to the world of illegal drugs in The Netherlands using volumetric capture, point clouds, interactive maps and branching narrative techniques. A fascinating new look at the underworld you never knew was right before your eyes.