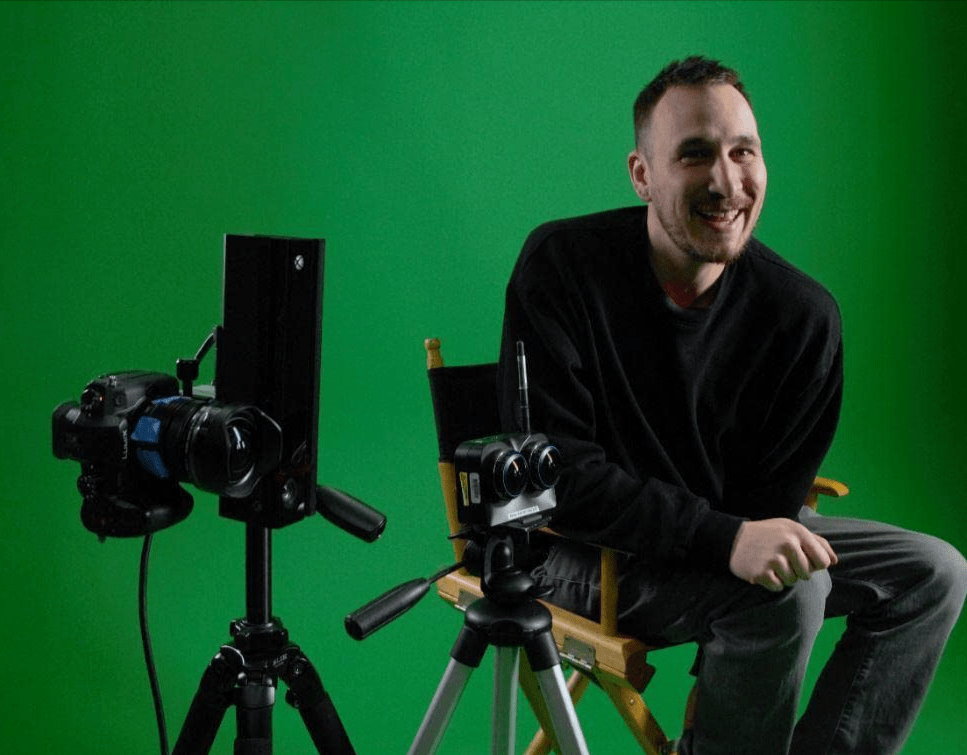 Jonathan Sims is a groundbreaking immersive media visionary who has grown alongside the history of the FIVARS festival. His VFX background includes working as a digital compositor on X-Men: Apocalypse and Terminator Genisys, editor on the Invader Zim movie, and visual effects on American Gods.

His debut spherical work “Dreamtime” astounded audiences in 2016 with its crawling psychedelic style-transfer visuals, which he crowd-sourced on Reddit and created one of the first video-based approaches to this modern algorithmic visual technique.

He followed up in 2019 with the audacious “Cosmic Laughter of Cucci Binaca” which saw the artist pushing forward his exploration of stereoscopic macro photography for spherical content, using his VFX skillsets to produce more eye-popping results. 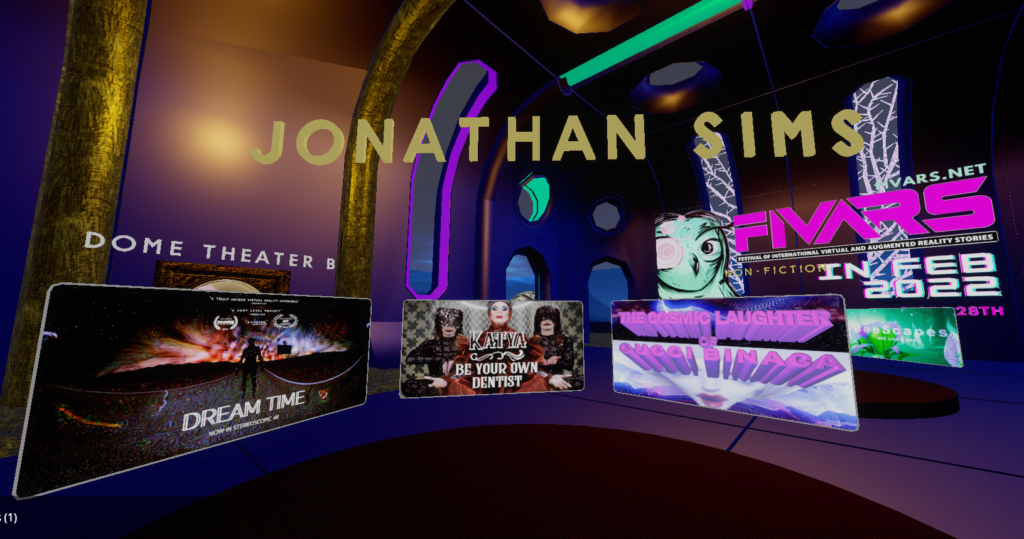 Then in 2021, he dropped the shocking collaboration with drag icon and YouTube phenom Katya (millions of subscribers) “Be Your Own Dentist” that pulled together all of his previous experiments to create a visceral, highly stylized call to arms for the vanguard spirit of this emerging medium. The piece went on to be featured at Slamdance, Film Threat and be nominated for a Poly Award. 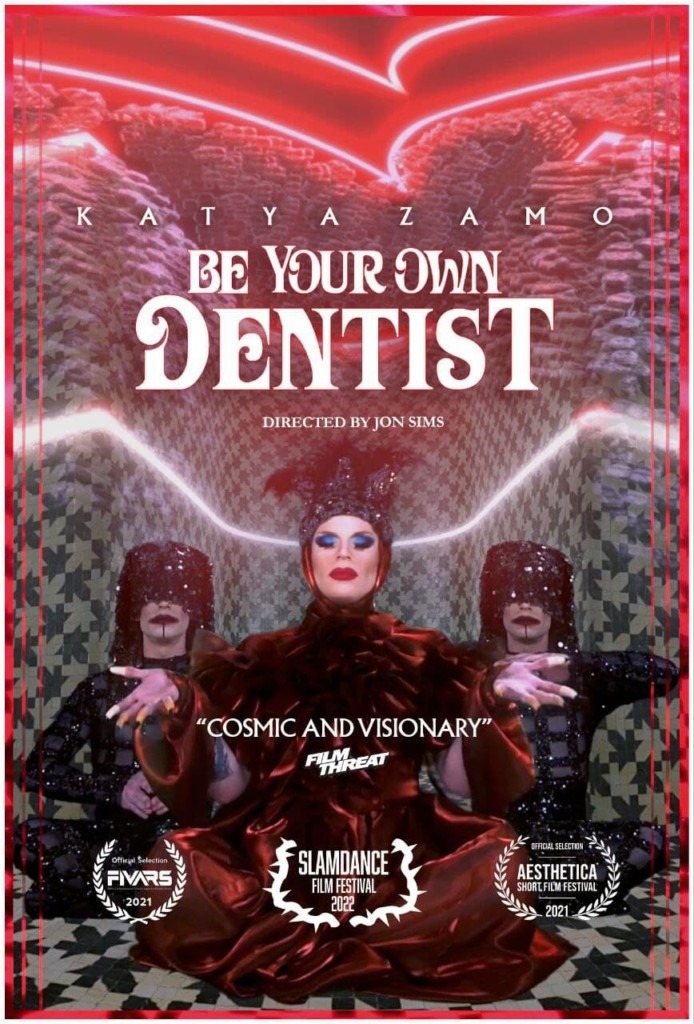 FIVARS is proud to have been the festival premiere for each of these fundamental works as it has witnessed one of the medium’s first auteurs emerge. For the FIVARS in FEB 2022 show we feature a special retrospective of his work in the WebXR based Aquarium theater powered by our customized JanusXR engine and now streaming in 5.7K.