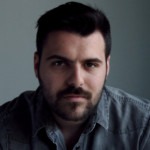 Dimitris Tsilifonis was born and raised in Athens, Greece. He holds a BA in Communication and an MFA in Directing from the American Film Institute.

DO IT YOURSELF his first feature film, premiered in the 58th Thessaloniki International Film Festival, where it was awarded the Youth Prize. At the Hellenic Film Academy Awards, the film won the categories for Best VFX and Best Editing, while it was nominated for Best First Film Director and Best Sound. His VR experience A SAFE GUIDE TO DYING was awarded the Alfred P. Sloan Foundation Award and premiered at the Tribeca Film Festival.