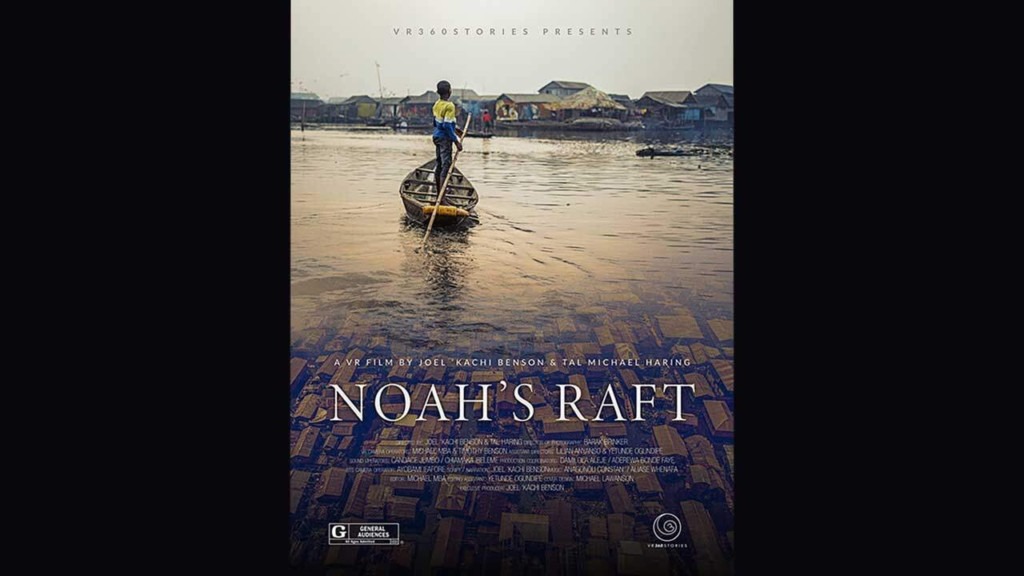 From a young age, Noah Shemede believed that his destiny was in the water. His father, brothers, and uncles were all fishermen, and their fathers before them. This is the life of the average male in Makoko, Africa’s largest floating slum.

But after going to a school in the city, Noah returns with a dream – to use education to transform the lives of the children living in Makoko. But it is not an easy task.

In a country that is ranked as the poverty capital of the world, has the world’s highest number of out of school children, and has millions of its populace reeling under the impact of COVID-19, Noah’s Raft is an inspiring story of one man’s desire to bring change to his community.

Joel‘Kachi Benson is passionate about stories, and has been making documentary stories for over a decade.

In February 2018, he was introduced to the world of Virtual Reality, and became the first Nigerian filmmaker to use Virtual Reality technology for storytelling, when he produced “In Bakassi”, a virtual experience of life in one of the largest IDP Camps in Northeast Nigeria.

In September 2019, Kachi Benson’s Daughters of Chibok made history, when it won the Venice Lion at the Venice Film Festival, making him the first African to win the prestigious prize in the Virtual Reality category. He lives and works in Nigeria where manages JB Multimedia Studios and VR360 Stories.

Tal is in charge of “New Media Development & XR Productions” at Gesher Multicultural Film Fund (Israel) and is a lecturer on Narrative and Artistic XR experiences at Tel Aviv University.

Tal is also a new media artist and film director himself, whose works and short films were exhibited at various prestigious film festivals around the world.